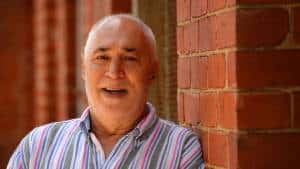 Phil played 205 games for Coburg FC in the VFA, and then moved on to be a very successful
coach in the VFA, including an unbeaten record as coach for the VFA representative side. He
continued his ties with coaching, and with the VFA / VFL as a TV commentator for over 25 years.

Phil moved in to politics in 1992, successfully winning Wills when Bob Hawke resigned from
Federal politics. He was the first non Labour person to be elected to the seat of Wills, and
became a high profile independent. He lost the seat back to Labour in 1996, possibly caused by
a redistribution in the seat. He has since contested upper and lower seats in the Victorian State
Parliament as an independent.

He is a regular media person for football, and on social & political issues including his campaign
to stop male violence against women, after the murder of his sister by her partner in 1987. He
is a public speaker and has authored 3 books.